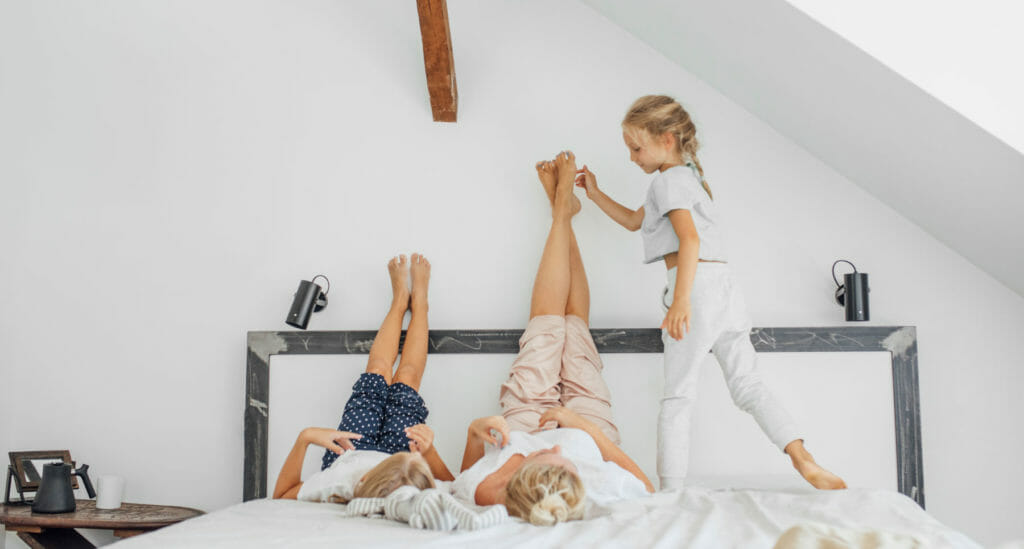 When buying a new mattress, you are faced with decisions about numerous options, including size, firmness, and material. Many people apply the saying “bigger is always better” to everything they buy, including mattresses. The King size bed is often thought of as the largest bed size on the market, but the California King is a variation of the King size bed, and should be considered if you’re over six feet tall.

Understanding the differences between the standard King and California King bed will help you determine which option is best suited to your needs and preferences.

When choosing between the various sizes of mattresses available, some important considerations  should be kept in mind, such as:

For people who are less than six feet tall and share their bed with a partner, children, or pets, a Standard King bed will give you the space needed for a comfortable night’s sleep. Individuals who tend to roll during the night might find that the extra 4 inches in width of a Standard King bed could mean the difference between rolling off the bed or into their partner, and getting a restful night’s sleep.

Check out our review of the Best Online Mattresses to choose from the best.

The size of your bedroom can be the deciding factor when choosing whether to get a new mattress of the size you already have or to upgrade to a larger mattress. A general rule of thumb is that you need about two and a half feet on either side of your bed for moving throughout the room.

For example, if you only had a California King-sized bed in your bedroom, without a dresser or other furniture, you would need a room that’s 8.5 feet wide by 9.5 feet long. If you want to put a standard nightstand on each side of the bed and a dresser on the wall in front of the bed, you would want a room that is 12.5 feet wide by 10.5 feet long. You can add roughly half a foot in width and subtract half a foot in length for each of these measurements for a Standard King bed.

How often do you change your mattress? Some people go decades without purchasing a new mattress, primarily due to the lack of knowledge regarding when sleep experts recommend mattress changes. According to the National Sleep Foundation, mattresses should be changed about every eight years. Eight years is a general estimate, and the actual need to change your mattress may be shorter or longer depending on the type of mattress, the material the mattress is made of, and how often you flip your mattress. Pillows should be replaced about every two years, depending on the type and material used.

To summarize, the California King (or Western King) mattress, despite its unclear history, is an excellent option for people six feet and taller, due to the extra four inches in length that distinguishes the California King from the Standard King mattress.

If you are under six feet tall and are looking to purchase a larger mattress, the Standard King (or Eastern King) mattress, which has more surface area than the Western King mattress, will give you the extra room you desire.

Remember to flip your mattress regularly (as long as it’s not a pillow-top model!) and buy a new mattress every eight years or so—and don’t forget to change out your pillows about every two years.

History of the California King Bed

The history of the California King mattress, also called the Western King, goes back decades—and many of the reports about who invented this icon of the West contradict each other.

One account claims that the California King was an invention catalyzed by the end of World War II, when Americans were able to purchase larger homes—and there was a more than three-fold increase in the percentage of men who were over six feet tall (the increase in both male and female average heights is credited to better nutrition and health).

Another version claims a manufacturer made the California King upon the requests of movie stars and other celebrities looking for bigger beds to place in their large homes. The one consensus between California King speculators is that this bed originated in The Golden State.

Stepping aside from the convoluted history of the California King mattress, big beds are nothing new to humans. One of the most massive beds in the world was made in the late 16th century, and it can still be seen if you are inclined to take a trip to England. The bed is called The Great Bed of Ware and measures over 10.5 feet wide and 11 feet long. The Great Bed of Ware makes the California King look small in comparison, with its additional 4.5 feet in width and 4 feet in length.

What Features Do Expensive Mattresses Have That Cheap Mattresses Do Not?