Naps vs. Caffeine: Which is Better for Exhaustion? 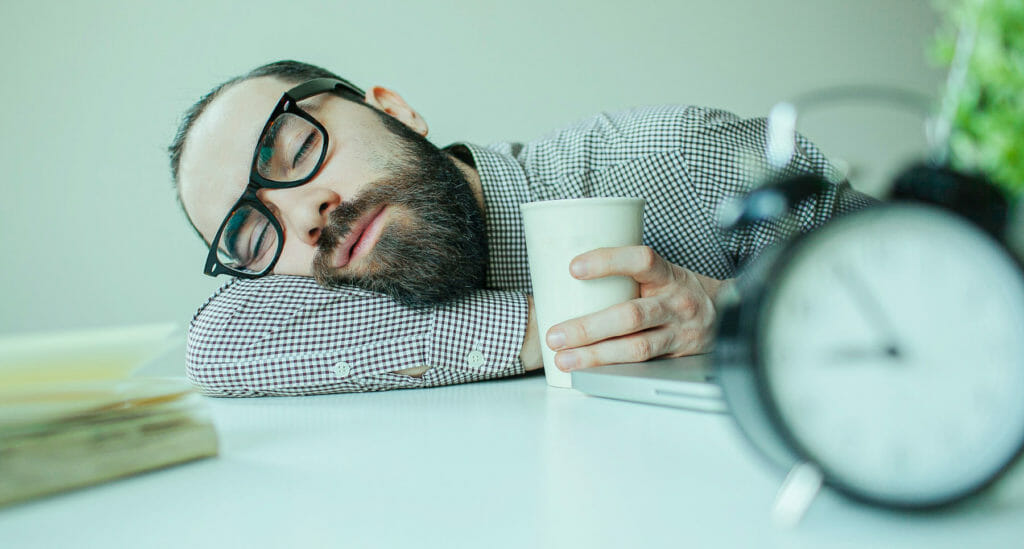 For many people, as the day goes by, energy levels can start to drain. Daytime sleepiness can interfere with not only your work but also your general day-to-day activities as well. It can also be dangerous—particularly if it causes you to doze off while you’re driving.

A publication in the American Family Physician Journal states that at least 20% of people frequently suffer from excessive daytime sleepiness. If you are one of these people, there are two simple strategies you could try to boost your energy levels and get back to your day—drink a cup of coffee or take a nap.

In this post, we compare these two strategies to see which one might be the most ideal option for shaking off that sleepy feeling, improve your energy levels, and get back to the day’s business.

Naps vs. Caffeine: Take a Nap or Drink a Cup of Coffee?

The truth is, both of these methods can provide effective results to boost your daytime energy, and some people may even take advantage of both to maximize the benefits. When you need that kick to push you through the day, you’ll want to know which option to try without exposing yourself to potential risks.

Napping will take a chunk of time out of your schedule, so it is important to consider the potential benefits that this particular option provides. One study in the Journal of Sleep Research showed that napping may provide a significant improvement in mental alertness among study subjects. Furthermore, napping also showed an improvement in a person’s mental performance.

However, the study also concluded that there are a couple of factors that affect how much of a benefit you would actually get from taking a nap. They include:

When determining how long of a nap you should take, one study in particular, published in the Journal of Progress in Brain Research, showed interesting results. This study looked at how naps that lasted for different periods affected a person’s general cognitive performance. The study was done to determine the most effective length of time for a nap in order to maximize the benefits from taking it without experiencing significant adverse effects.

The study found that shorter naps tend to provide more immediate benefits after waking up, but the effects wore off quickly. When a nap’s timespan was increased, the benefits of the nap also increased. It should be noted, however, that the longer nap did yield some negative effects. These negative effects primarily consisted of a reduced mental functionality for a short period of time following the nap.

Let’s take a closer look at the times noted in the study:

The researchers behind the review paper provided a recommendation for an ideal nap time that lasts between seven to 10 minutes.

Having A Cup Of Coffee

When there is no time to take a nap, the answer might be to reach for a cup of coffee. The caffeine content in coffee is what boosts alertness and energy, and helps you shake off that tiredness.

The problem with caffeine is that after the caffeine “shot” wears off, there’s a comedown—sometimes referred to as a “crash.” This can actually make you feel even more tired than you were to begin with—and that might make you want to reach for a second cup to keep you going.

Caffeine isn’t all bad for you, however. When you find the right balance in the amount of coffee you drink during the day, you might find yourself feeling more alert, your cognitive performance may be improved, and you may experience a number of other potential health benefits.

According to some studies, caffeine has shown fat burning properties as well as an ability to act as an appetite suppressant. This means a cup of coffee could help you avoid midday binge eating. Coffee also contains nutrients that may boost your physical performance along with your mental alertness.

Daytime sleepiness can be exceptionally inconvenient, causing a decline in your productivity and, in some cases, even potential psychological symptoms. Daytime sleepiness can cause you to doze off during a work meeting or while driving, which could have potentially deadly effects. Both caffeine and a nap may be able to give you the boost you need to get through the day, but before choosing either of these options, consider the differences between the two to see which one will work best for your particular situation.